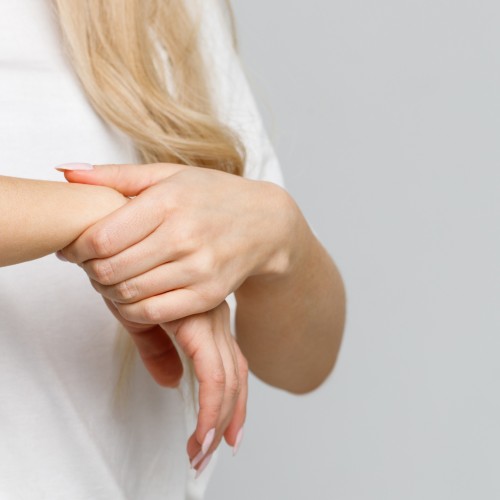 You'd be forgiven for not knowing what HAVS stands for, especially if you don't work in an area where it's a threat. Hand Arm Vibration Syndrome affects many industrial workers, in sectors such as engineering, road repairs & construction, shipyards, and mining & quarrying.

The use of heavy-duty drilling, boring and hammering equipment is a primary cause of the problem, but it also occurs in other risk groups. These include gardeners using strimmers and brush cutters, workers in car repair shops and people on production lines using power tools. If your operation uses such vibrating tools or equipment, you must factor HAVS into your Risk Assessments.

All these tools and equipment transmit vibrational energy, which can cause severe tissue damage. Prolonged use can lead to carpal tunnel syndrome and degeneration of the motor functions in the hand and wrist, and it gets worse the longer you continue to be exposed.

The primary symptom, and the most visible, used to be called Vibration White Finger, and is related to the discolouration caused by severe cold (known as Reynaud's phenomenon). The nerve damage also causes feelings of numbness and tingling, and a failure of the vascular system to supply blood to the fingers.

To a certain extent, the amount of damage reflects each person's individual susceptibility, as some people are more resistant to vibration than others. However, the greater the amount of vibrational energy that reaches your hands and fingers, the more tissue damage will result, and it's also cumulative. Though HAVS typically begins with white fingertips, it will spread down your fingers, and into your hand and arm, if the vibration exposure continues.

What you can do

The government only became aware of this threat relatively recently, and introduced legislation to address it in 2005. The Control of Vibration at Work Regulations 2005 impose action and limit parameters on employers, which are outlined by the Health and Safety Executive (HSE). These regulations are for the protection of your workers and non-compliance will leave you open to prosecution. The HSE also supply guidance and a vibration calculator, to assist in assessing whether your equipment complies.

You can estimate a worker's total daily exposure to vibration by factoring in the equipment's vibration level and the number of hours it's used per day. The Exposure Action Level is set at 2.5 m/s2, based on an average daily use of eight hours, at which point you need to take measures to reduce your exposure. 10% of workers who continue to be exposed at this level for eight years or more will develop HAVS symptoms. The maximum limit of exposure is 5 m/s2.

This legislation was introduced after a significant number of cases were reported, and was based on a European Union Directive. Since 2005 the number of reported HAVS cases has gradually declined. This is partly due to older equipment being phased out, but principally because of the parameters which the legislation imposed. Although reporting in recent years has been skewed by the COVID-19 pandemic, the number of known cases has gone down from around 1200 a year in 2010 to a few hundred in 2019.