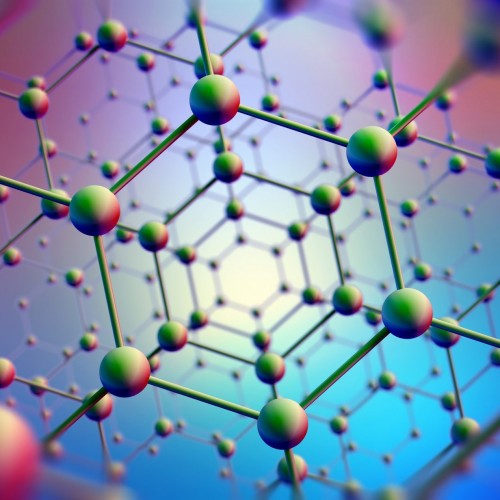 Nanotechnology: New Field, New Risks
Like much of our modern world, nanotechnology has escaped from the pages of science fiction into an exciting new reality. It's no longer geeky to talk about nanobots or to imagine extreme miniaturisation, though in practice these techniques are still largely developmental. We don't yet have minute robot drones (though some of them are pretty small), and we can't yet inject a miniaturised Dennis Quaid into your bloodstream to battle and defeat invaders. What we do have, though, are nanotechnology applications that are breaking the boundaries of medical science in the diagnosis and alleviation of disease.

Nano is derived from the ancient Greek word for 'dwarf', and is used today in the metric system of measurement to describe something that is one billionth of a metre in size (10-9). We're already able to use machines to create ever-smaller machines, but we can't yet produce functioning electromechanical nanodevices. When you're working with materials measured in nanometres, therefore, this currently involves manipulating biochemical reactions on a molecular scale. A single molecule can measure from 0.5nm to 5nm, and is about 70,000 times smaller than the width of a human hair.

This term is now being used to describe the creation or manipulation of biological cells, in DNA-related fields and particularly in cancer research. A laboratory nanorobot is most likely to be a biodegradable nanomotor. This is a self-propelling molecule that can be programmed to react in a specific way. Biocompatible nanorobots are generally powered by catalytic enzymes, which use the body's own fluids as fuel to propel themselves towards a designated target. There they deliver a molecular payload of drugs to cancer cells, for example. These block the blood supply to a tumour site and cause tissue death, shrinking the tumour. Scientists are also building complex DNA nanostructures like viruses, which could have applications in environmental engineering as well as in medicine and foodstuffs.

As far as workplace health and safety is concerned, nanotechnology falls into the category of biological and organic hazards covered by the COSHH regulations. The main problem here is that this is still an emerging technology, and we're not altogether sure what hazards it represents.

Devices are already being envisioned which could get rid of plastic, for example, by manipulating existing plastic-eating enzymes to perform a dedicated environmental function. As in every 'mad scientist' scenario, however, the question is always in the back of our minds: what happens if these manufactured organisms don't behave in the predicted manner? What if the plastic-eating nanobots move on to a fresh diet once their job is done?

In the laboratory today, however, a more important concern is that there is no historic evidence for the behaviour of nano-sized materials. We don't know what they'll do in any given circumstance, or whether they'll behave in the same way that larger versions of the same substance do. For this reason, we must focus on research and training for people working in these environments, and adapt the existing COSHH regulations to offer protection as the new situations evolve.